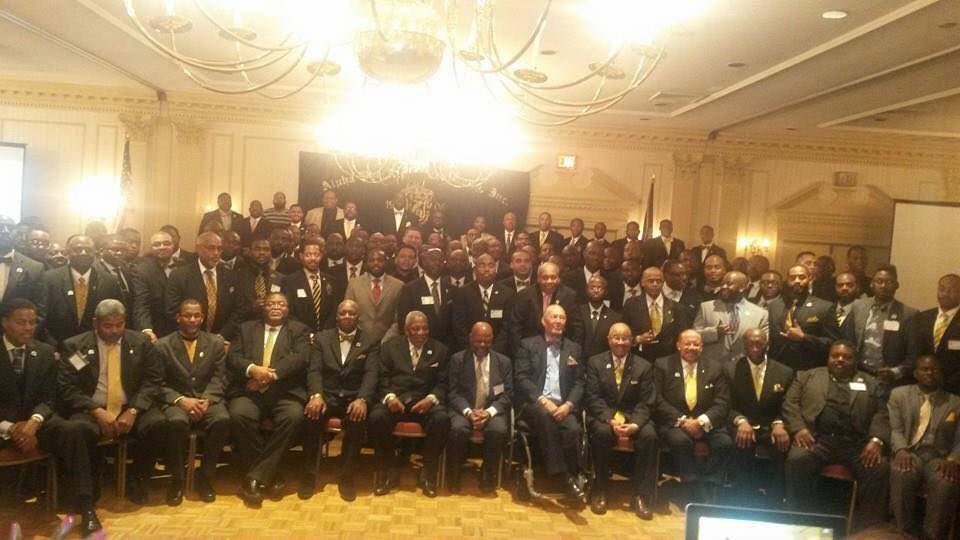 The mid to late 80’s was characterized by a change in the fraternal governance in New York State. During Bro. Warren Scott’s tenure as Regional Vice President, the final and often controversial steps toward the formation of NYACOA were made.

In 1989-1990 the NYACOA constitution was ratified at a state-wide meeting at Hofstra University.  A full slate of officers was scheduled to be elected approximately one year later.

Bros. John Williams (Eta Theta Lambda chapter) and Steven Skinner (Eta Zeta Lambda chapter) declared their candidacy for NYACOA president.  They both campaigned throughout the state.  The convention where the ballot was to be had was held at Hofstra University during the late fall/early winter of 1991.

During this convention Bro. Orlando Rainey (Eta Rho Lambda), the sitting District Director) was nominated from the floor for NYACOA President.  This set up an unexpected 3 way race.

Brother Steven Skinner prevailed in the election by one vote and became the first NYACOA president and took office in September of 1991.  He was also named the District Director by the newly elected Eastern Region Vice President—Tony Mann.